A tour to the Deccan in Asia’s leading luxury train. 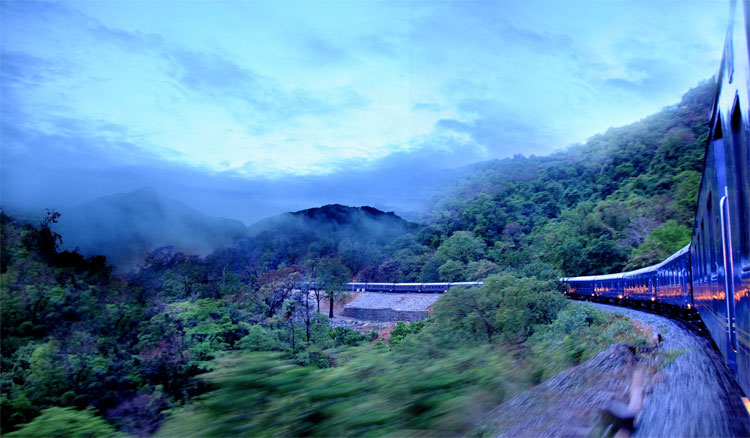 The commencement of this one of a kind journey is an experience that can be cherished for the rest of one’s life. The 8 days 7 nights promises to be a whirlwind of a tour across popular destinations in Karnataka and Andhra Pradesh. Found towards the Indo-Gangeticplains, the Deccan region is surrounded by the Western and the Eastern Ghats. Home to numerous UNESCO world heritage sites and myriad flora and fauna, this is one of the best places to dwell in the lap of nature.

Deccan Odyssey is a luxury train that began operating as an encouraging step towards promoting the history and culture of the region. The train is operated by Cox & Kings Ltd, the outsourced partner of the Maharashtra Tourism Development Corporation (MTDC). The Deccan Odyssey continues to lead Asia in the sphere of luxury travel as they traverse through some famous cities of the country like Mumbai, Aurangabad, Bangalore, Hyderabad and Goa. While meandering on the tracks this leading Luxury train of Asia captures some of these cities in their most enchanting glimpses, in their very origins. Anyone who wants to be captivated in this journey of pure sorcery to the senses, welcome aboard the Deccan Odyssey!! 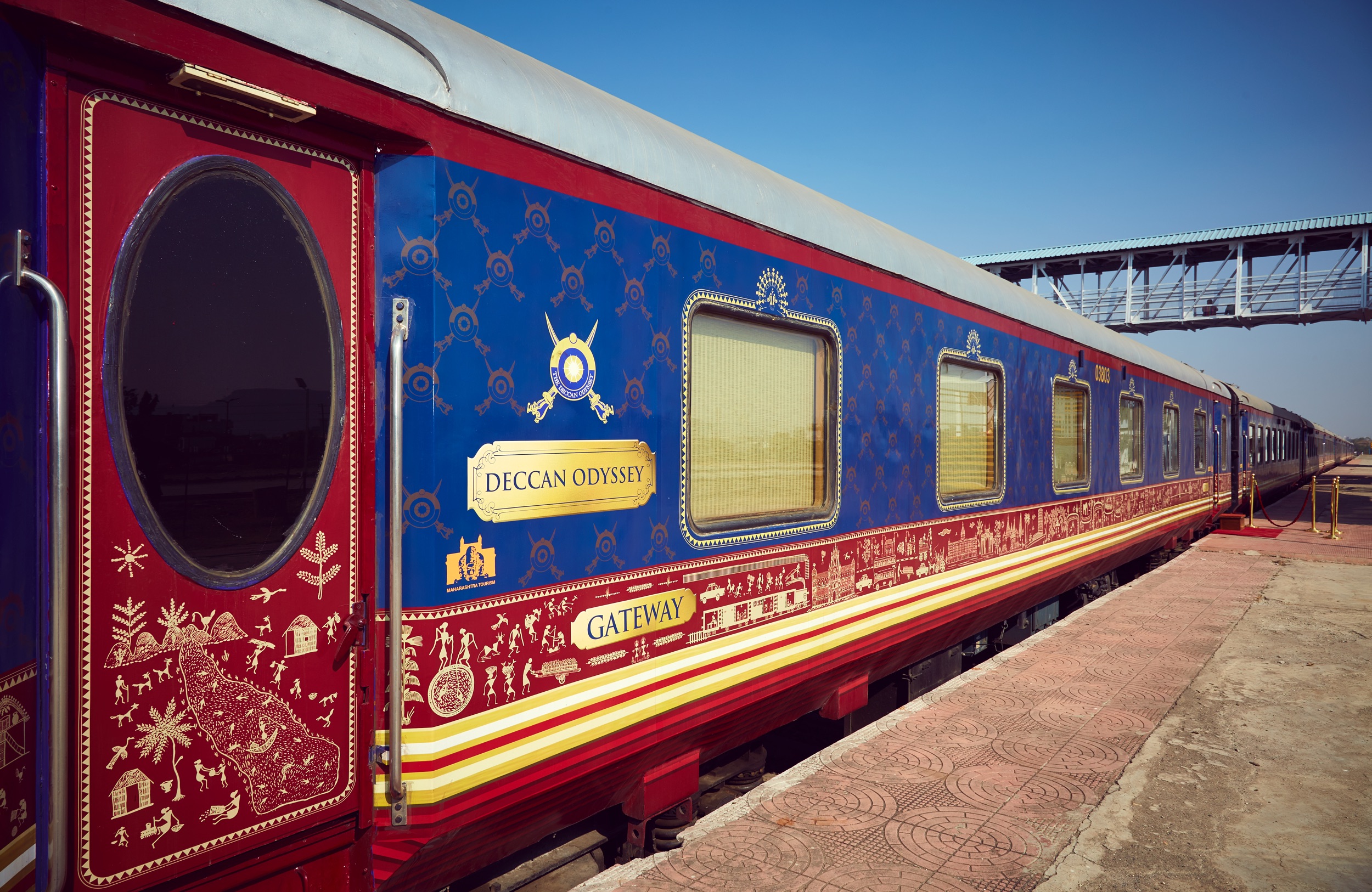 Last month I booked my tickets for the‘Deccan Odyssey’ from the Worldwide Rail Journeys website. Ihad heard a lot about them being the largest general sales agent (GSA) for all luxury trains and that they are also the best tour operators in India recognised by various state corporations. There were a host of other luxury trains listed on the website but because I wanted to explore the Deccan, I chose the ‘Deccan Odyssey’. Must I mention the services of Worldwide Rail Journeys were impeccable with an unmatched value proposition and the unbelievable deals coupled with a wonderful customer support 24x7, I couldn’t have asked for more.

This train-extraordinaire began its services way back in 2004 when it travelled through Mumbai to Ratnagiri covering Pune and Nashik. That was just a humble beginning because ever since the train has catered to millions of guests over the years. Today the train begins its sojourn from Mumbai through Vadodara, Palitana, SasanGir& Somnath, little Rann of Kutch, Modhera&Patan and Nashik. Each a jewel of Western India, visiting these destinations would make it possible for the guests toexplore some of the most contemporary cities that still have a medieval soul breathing in them. The cities also offer a landscape variation. Born and brought up in Mumbai, the royal city of Vadodara in Gujarat was a sheer contrast. In Palitana,I witnessed the hugely renowned, exquisitely marble-carved Jain temples and was floored by Girwhich incidentally is the only national park the where one would find the majestic Asiatic White lions. One of the twelve ‘Jyotirlingas’ of lord Shiva is situated in the beautiful Somnath temple which is located on the Arabian seashores.While exploring Patan which happens to be an 8th-century fortified town, I found out that it also used to be the capital of Gujarat in the medieval times and in Nashik, I gasped at the sight of Pandu Leni,which is considered to be one of the most ancient Jain and Buddhist cave temples in India. Therefore you can be witness to a colourful plethora of attractions and locations that simply wait to enthral the guests aboard Asia’s most luxurious train. 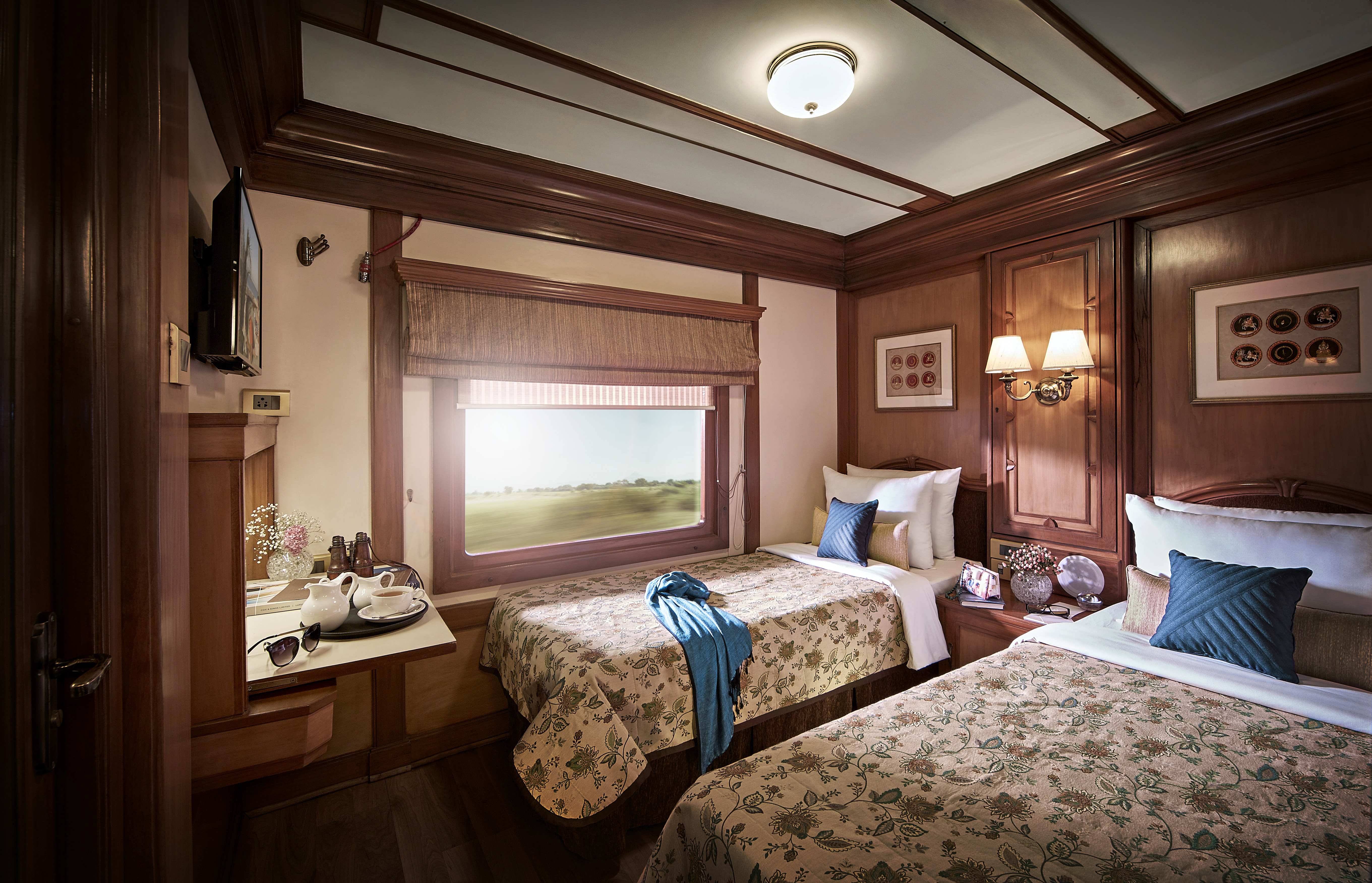 Besides the destinations, the train is a wonder of wonders in itself. It offers a host of facilities that make the 8 days and 7 nights journey a cakewalk for the passengers. The train houses 11 air-conditioned deluxe saloons for accommodating guests, 2 cabins namely Peshwa I and Peshwa II are the in-house restaurants, an elegant cabin bar and there are separate cabins that have the gym and the conference saloon. All the 96 passengers aboard, in the full-capacity of the train are given personalised attention and care, the itinerary of the train has been specifically designed so that most if the travelling is done during the nights, the days are left for the guests to revel in the beauty of the sights they would see.

Booking my tickets through Worldwide Rail Journeys was a decision well made. With all the readily available information and real time updates, the professional and caring treatment and tremendous flexibility, they added the extra glitter to the already sparkling expedition by treating me like never before!

Explore the south in the rains on Maharaja Express!