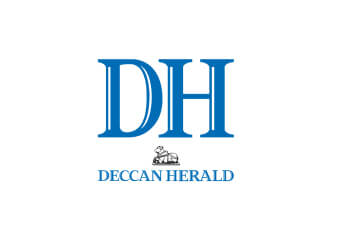 Worldwide Rail Journeys is working on an ambitious project to launch a one-of-its-kind train named 'Unity Express', inspired by Mr. Narendra Modi's dream to build the 'Statue of Unity' at Gujarat.

Known for its innovative approaches, the company has now come up with a novel idea to promote rail tourism in India.

India has a great potential for rail tourism. It has already got one of the largest railway infrastructures in the world. Making use of this existing infrastructure, rail tourism can be promoted in the entire country in a large way. It can also boost the economy immensely. Besides, rail tourism is environment friendly and can promote ecotourism, thereby reducing carbon footprint.

"The inspiration for this ambitious project is derived from the massive win of our Prime Minister Mr Narendra Modi in the recent polls. His victory signifies a new kind of unity across India, the like of which has never been witnessed before. It shows that even though there is diversity of ethnic cultures as you travel the length and breadth of India, the people are united by shared ties of belonging to one great nation. We plan to launch the 'Unity Express', which will take global tourists across the diverse map of India," said Mr. Manish Saini, the director of Worldwide Rail Journeys.

"This will be a luxury train with luxurious coaches and the best-in-class services aboard. Rail coaches will be decorated as per the themes of Indian states like Punjab, Gujarat, Rajasthan, West Bengal etc. We welcome people from across the world to take a royal trip aboard this train of unity and travel in a style befitting Maharajas. Each region of India has a distinctive culture, reflected in its language, lifestyle, attire, music, art and cuisine. Aboard this train, guests will get to experience the cultural tapestry of India," Saini elaborated.

The journey has been planned in such ways that when the train arrives in any state, guests will be treated to local cultural shows involving folk traditions, dine on the best regional dishes and visit notable landmarks.

Each coach of the 'Unity Express' will have separate well-appointed cabins. The air-conditioned train will have a dining car, a lounge, and attendants for each guest to ensure their comfort. The 'Unity Express' is in the planning stage and Worldwide Rail is finalising the itinerary, duration of the tour, the important stops and experiences in store for guests. Booking is on first-come-first-serve basis. At present Worldwide Rail is in talks with leading luxury train operators and government officials to make this 'Unity Express' tour a reality in the near future, possibly before the end of this year. Worldwide Rail Journeys has invited corporate partners to join hands with them in this ambitious project.

To create awareness and promote the 'Unity Express', the company has taken an initiative to run one of the existing luxury trains of India; 'Royal Rajasthan on Wheels', on chartered basis as 'Unity Express' on November 2015. In the long run, a dedicated train will be launched as the 'Unity Express'.